a shot from the lawn

If you have read my articles The air I breathe how polluted is it and how I became an environmental data collector on collecting data to know how air pollution affects my life indoors and outdoors. In this article, I will offer some ideas on how you can improve your indoor air quality with plants.

We use plants in our residential space for decoration or simply make us happy, plants are key for purifying the air and can be connected to our overall health.

You need to pay attention to your indoor air quality, indoor air pollution is a big threat to our health, according to a Clean Air Study conducted by NASA, and our separation from plants and the microorganisms in plants is a contributing factor to various health issues.

Indoor air pollution comes from a lot of sources, food preparation, a gas stove emits more pollution than an electric stovetop, there is also toxic emissions like benzene, formaldehyde, trichloroethylene, xylene and toluene – adding it all up it can have negative effects on our health. These toxins are most commonly found in airtight spaces with limited air circulation, like office buildings and apartments.

To improve the air quality according to the NASA report says “If a man is to move into closed environments, on Earth or in space, he must take along nature’s life support system.”

That life support plants, most plants have many benefits and are natural air purifiers, but some houseplants are more effective than others at removing carcinogenic chemicals from the air. To help you to breathe easier, and you don’t already have a plant in your home, you probably should think about adding one.

Here is a list of air-purifying plants you should consider adding to your living space, that can help you fight allergies, improve your sleep and reconnect with nature.

How To Serve Your Online Clients More Efficiently 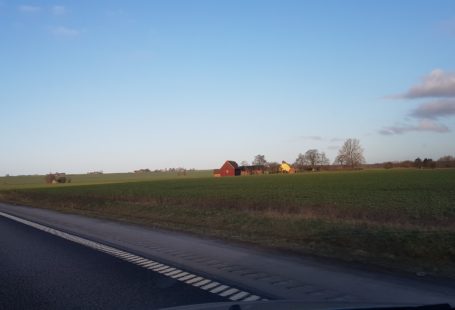 Ever thought of having a staging environment for your WordPress site

Connect your WordPress to SalesForce